This included the creation of a logo, a Corporate Identity as well as a wide range of layouts and documents.
After the creation of our fictional design agency, a new concept for bathroom fittings had to be developed. As touch technology is becoming more and more present in our every-day lives, we decided to develop a shower control concept based on a touch panel. Our goal was to create an intuitive and natural interface, that doesn’t remind the user of technology but evokes an analogy of dripping water.

The porcelain control panel is round with a ripple texture that communicates the panel’s usage. The temperature scale equals half the radius of the circle, top and bottom are cold while right and left are hot. The distance from the centre of the panel determins the quantity of water used. This allows for an easy and intuitive handling of the device while clearly communicating the temperature and the amount of water used by means of a back-light which changes color and size according to the current settings.

A working proof of concept has been created by programming the interface in Processing and using an iPad with a 3D printed overlay. 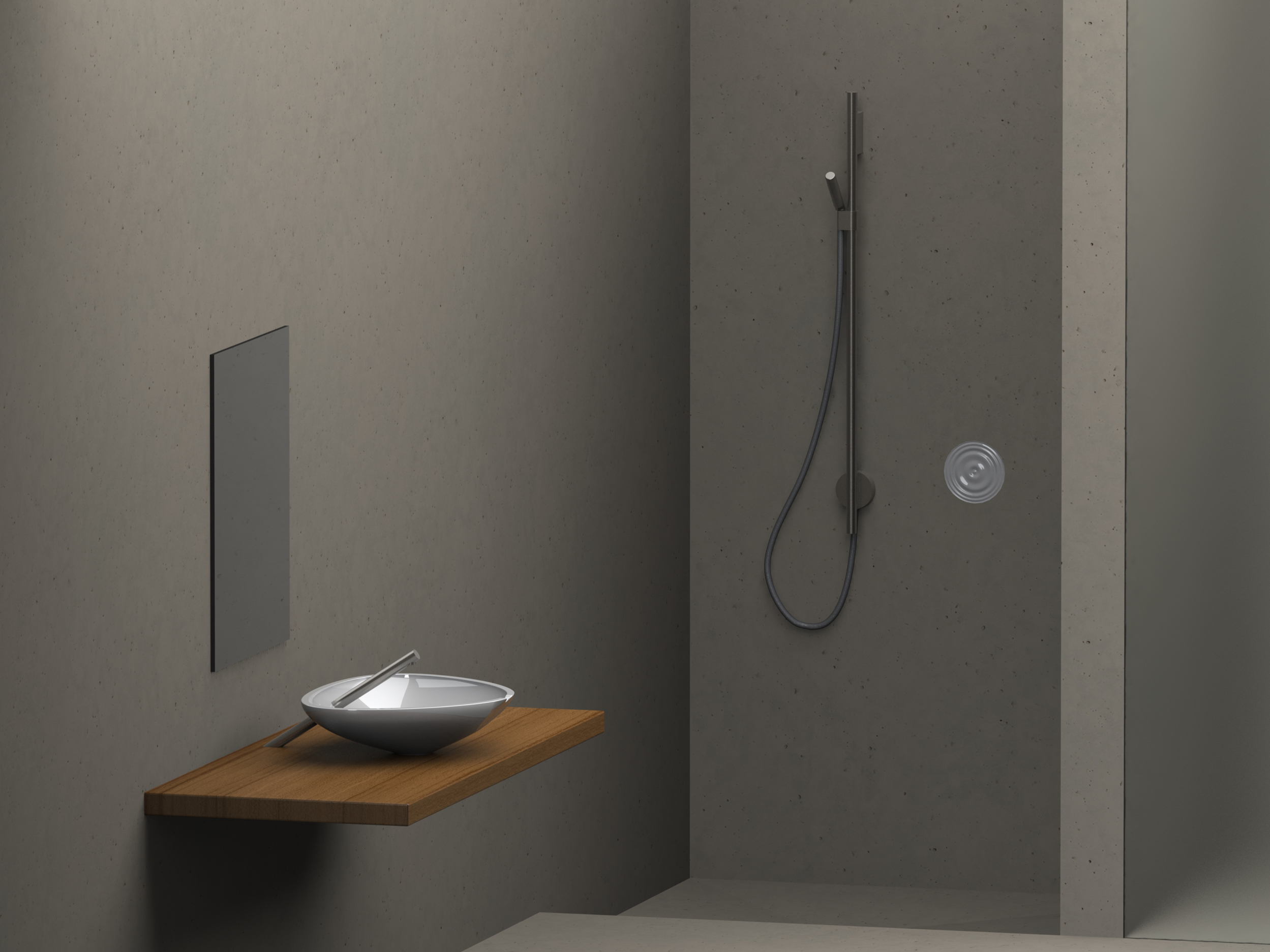 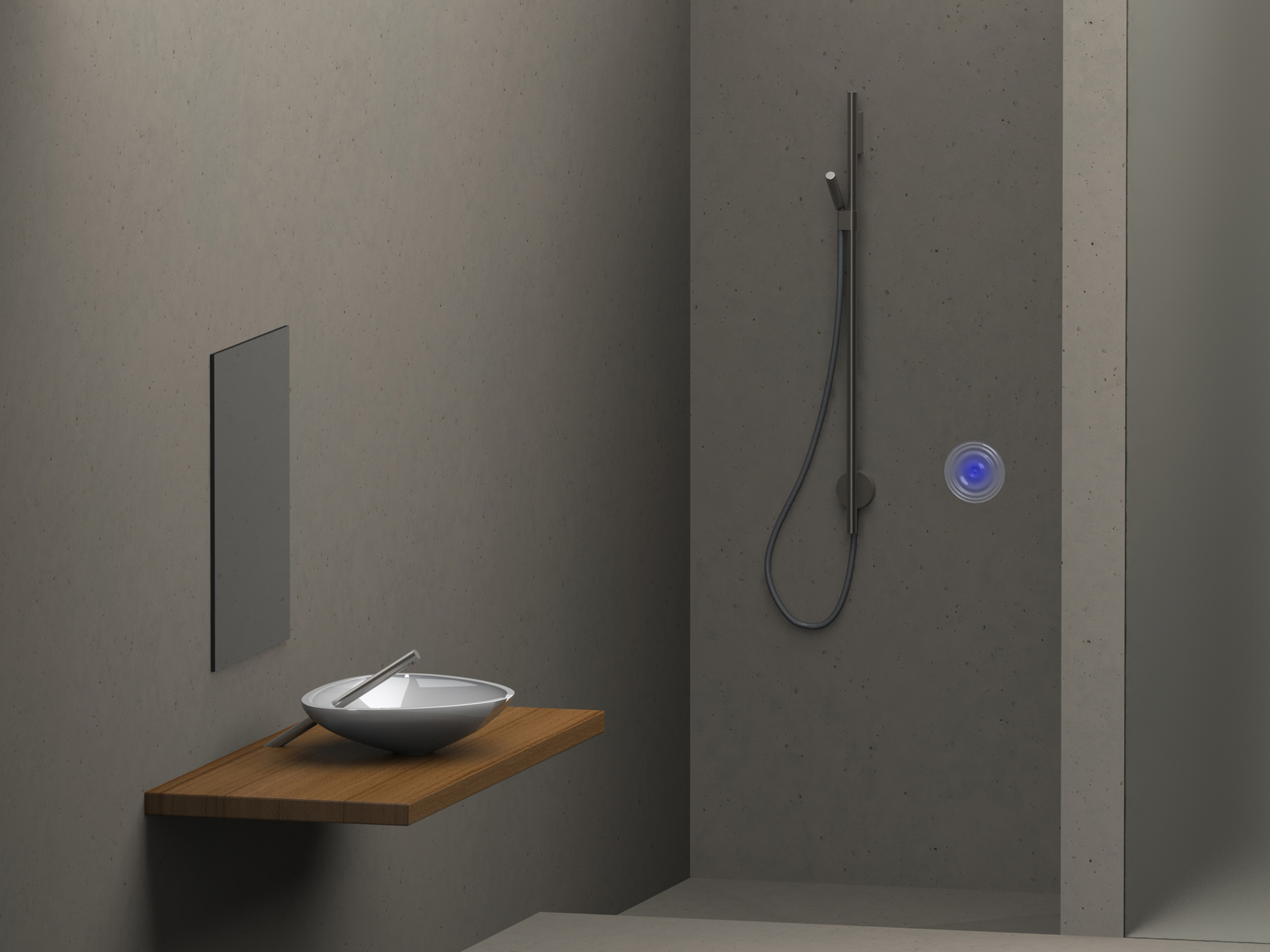 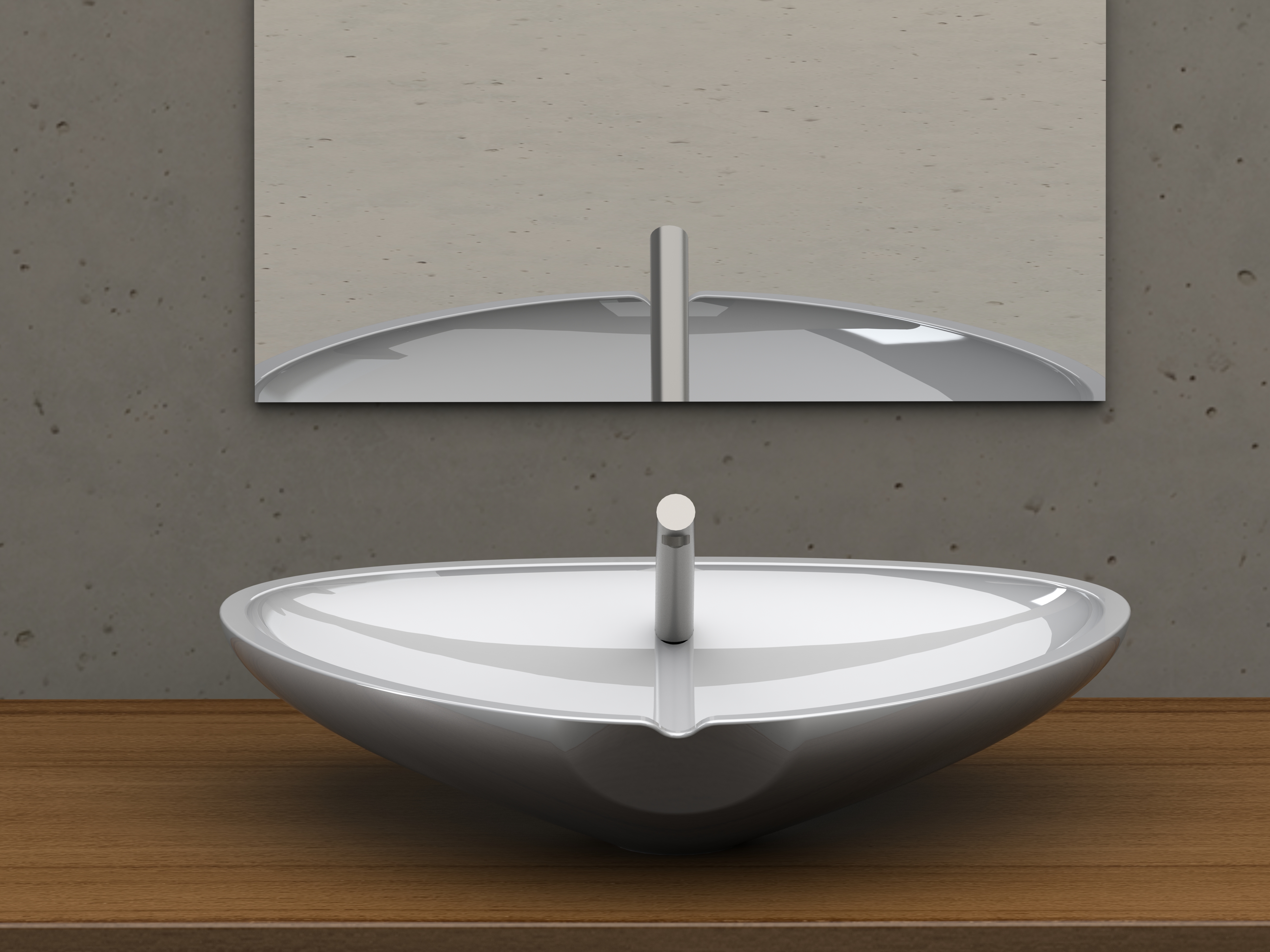