This was the very first project in the curriculum. It was meant to convey the basic methodology required to build models and prototypes. It also served as an introduction to the environment of a workshop.

A concept for a small, battery powered light had to be developed.
I chose to develop a concept for a dimmable camping lamp that could either stand on the ground or be hanged in a tent or elsewhere while retaining the possibility to position it either upward or downward.

This was acheived by attaching a hook to it that could be screwed either into the lid or the bottom of the lamp.
The lid simultaneously served as a dimmer: Closing the lid would turn off the light, opening it would turn it on and increase the brightness depending how far it would be unscrewed. 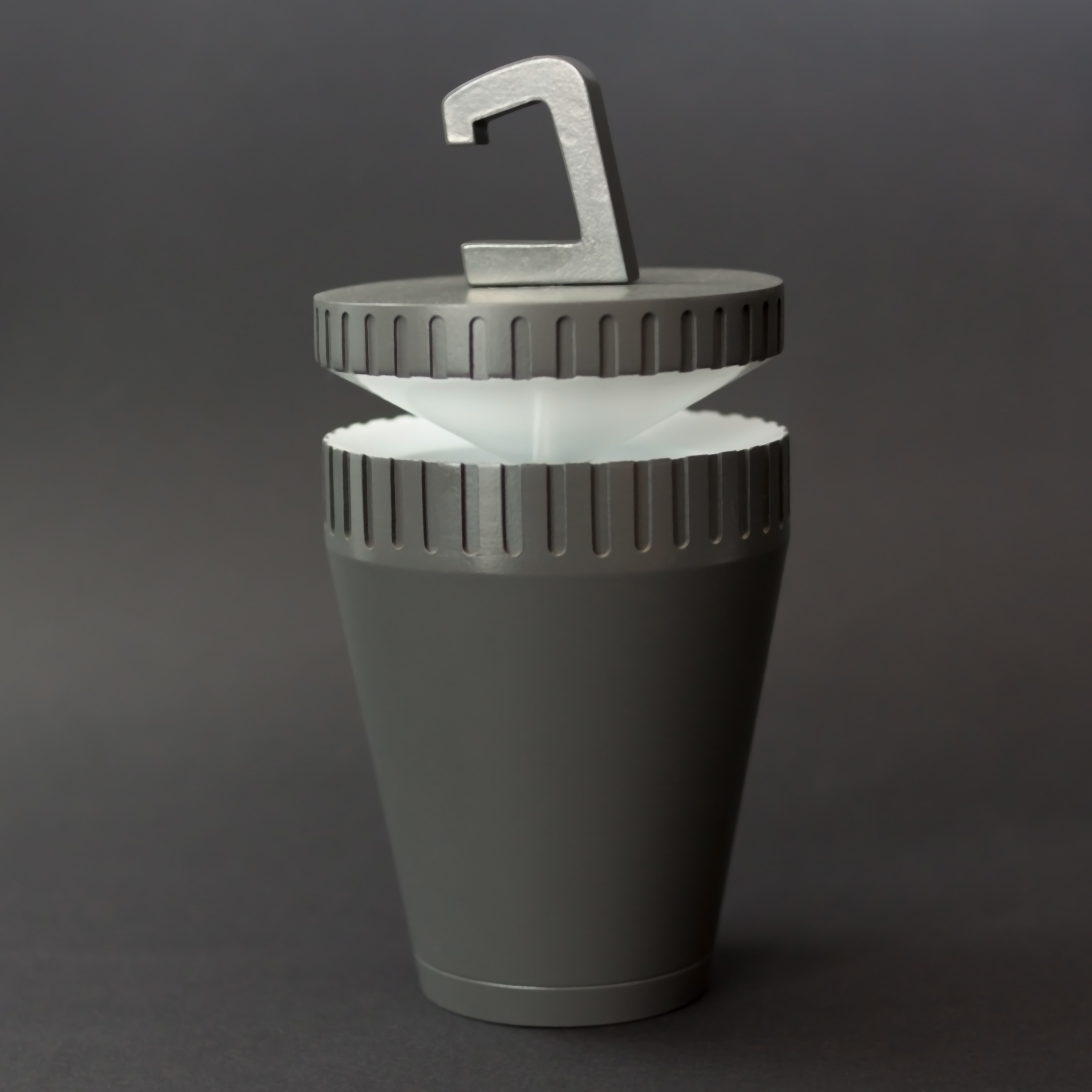